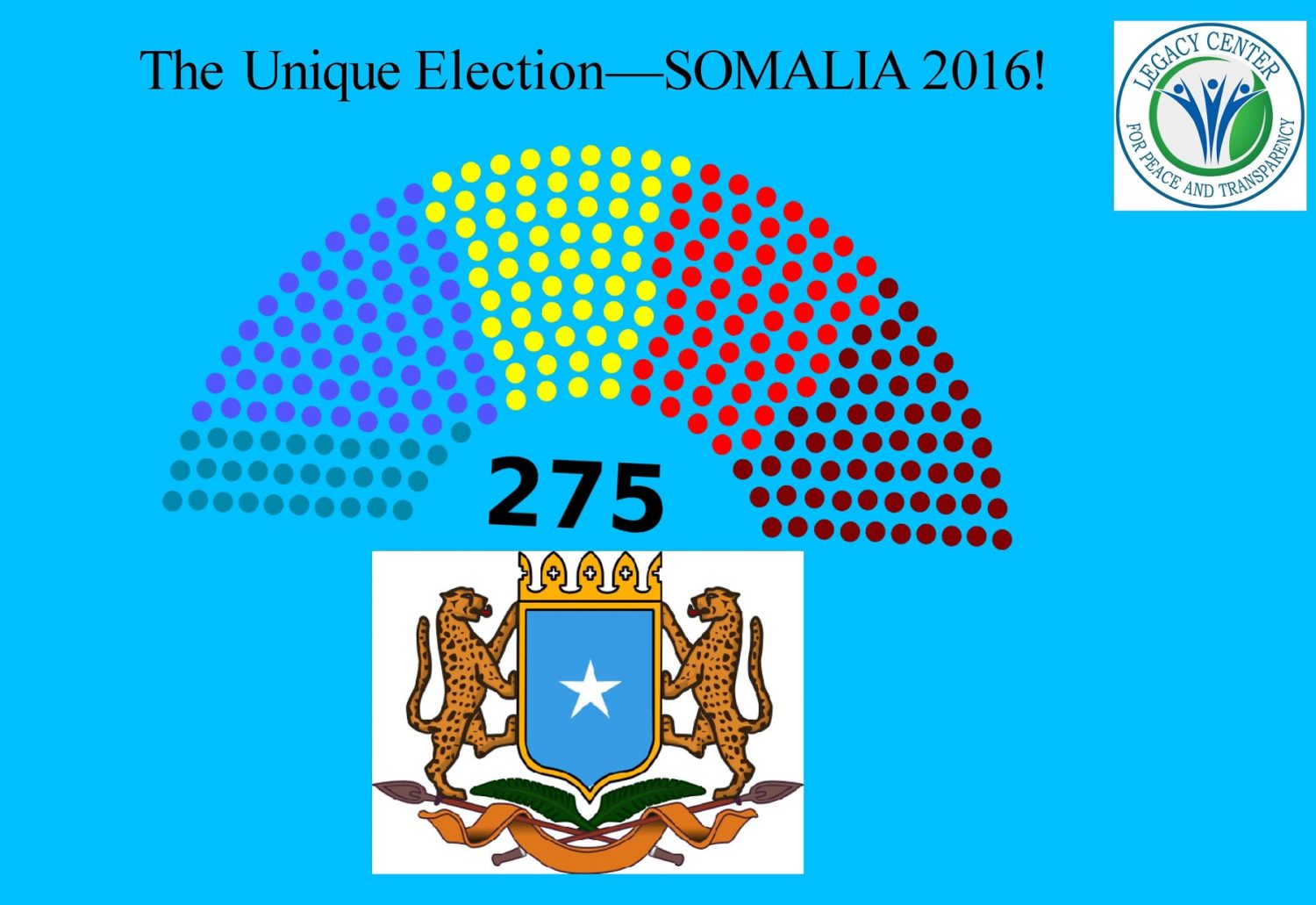 Somalia is still emerging from decades of civil war and continues to be ravaged by an Islamist insurgency led by the Al-Qaeda affiliated militant group Al-Shabab. But despite such challenges, the country’s leadership seems to stick to an internationally-backed timetable to hold elections later this year [2016], since the current government’s mandate expires in August.

Members of the Somali National Leadership Forum (NLF)—who include Somali President Hassan Sheikh Mohamud and Prime Minister Sharmarke, the Speaker of the Parliament Mr. Jawari as well as the presidents of Somalia’s Federal Member States—continues to convene meetings to work out details of the election process. The forum claimed to have hammered out a plan for holding elections before the end of the year, but there are still sizeable challenges to be overcome.

According to the communique published on April 12, voting in Somalia will not follow the one-person, one-vote system, but Instead, there will be an electorate of just 13,750 [51 constituent members to select each Lower House member of the parliament]—Somalia’s total population is estimated 10.5 million. The 51-member electorate will be determined by 135 traditional elders, who have enjoyed positions of authority since the collapse of the former Somali government in 1991.

Somalia’s parliament is ostensibly bicameral, but the upper house has not yet been established. That is another task that must be completed before elections can take place and one that could hold particular challenges. The NLF communique states that 30 percent of all seats be reserved for women. Such a lofty goal could prove difficult to achieve in a country ranked as the fifth most dangerous country in which to be a woman in a 2011 Thomson Reuters Foundation poll.

A side from all these challenges, there’s a substantial amount of bureaucracy that must take place if these elections were to be held on schedule. A working process must begin between Federal and State level electoral committees, timeframes must be established for the elections, requirements and guidelines must be developed and published, electorates must be selected, systematized and registered, they must be transported to their election locations and most importantly the process must be well secured. Despite AMISOM’s assurance to secure the election and to oversee security arrangements for the August ballot, the public seems skeptical.

The more difficult question remains to be—who will fund the election process? The Somali Federal Government operates mainly on foreign aid and does not have enough resources to facilitate electoral process, and if any, the system is governed by corruption and systematic abuse of power that will benefit only to those in power. The European Union recently cut funding of AMISOM, and the UN has formed a body to look at alternative options to fill the gap.

The timeframe to complete the residual steps and garner resources for the upcoming election as well as plan and execute the process itself before the current government’s mandate expires in August seems increasingly discouraging.